The Welwyn Hatfield Society of St.George 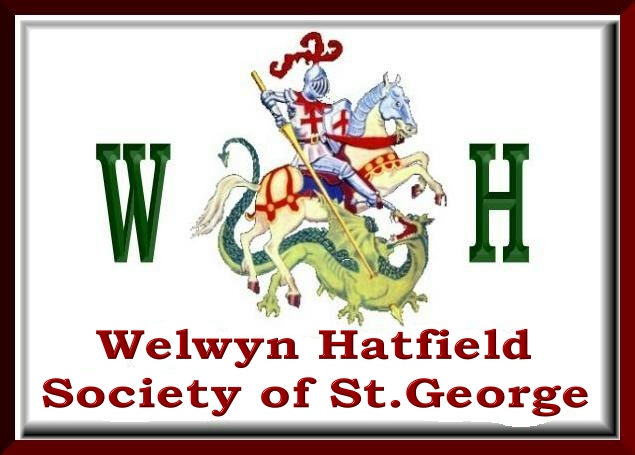 It is hoped that the new branch will adhere to the following principles:

·         To host affordable events, held wherever possible within easy reach of all its members.

·         To hold regular branch meetings, again at locations within easy reach of all members.

·         To seek out and maintain a central meeting place where branch members can gather together for a drink or chat.

·         To maintain good communications between the branch officers and the members.

·         To set affordable branch membership fees. Ideally this fee should be purely nominal.

·         To maintain a policy of promoting the branch and the society at both local and national level.

·         To promote activities in general which will maintain the interest of both officers and branch members.

Events: In these cash strapped days, the cost of events to members should be kept down to an affordable level. It is all very well to hold a 'Big Event' once a year that costs hundreds of pounds to hold and results in a small profit for a single charity. But if the branch does not benefit from the function by way of continued or increased membership, in the long run it will not do the charities supported any good. Especially if the branch ceases to exist though lack of members.

Whatever the event however, it should ideally be self funding and not be dependant on the annual fees paid by members.

Many RSStG branches have a wide 'recruitment' area. I feel it would therefore be advantageous if branch events were, if possible held within easy reach of all its members and not just those who live nearby or can afford to pay for late night taxis.

To aid this, the suggestion is that the new branch should be centred on the Welwyn and Hatfield area of the county, as both Welwyn and Hatfield are sizable towns with good rail and road links. In addition the location aids the possibility that some events could be held at other locations if required. This should then give members a chance to attend at least one event local to them.

Members of course would be encouraged to attend as many nationally held events as possible. A day out with friends and like-minded people is always enjoyable.

Meetings: These days more than ever before, organisations need to be transparent in their dealings. Regular branch meetings or gatherings are an aid to this. Not only do they serve as a place where reports can be made, they serve as a forum where new ideas and events can be proposed and planned. Remember that one of the aims of the RSStG is to provide focal points where English men and women may gather together. Regular meetings would do just this.

Even if regular meeting do not take place, I feel at the very least the new branch should hold an AGM so members can have the chance to elect/re-elect its branch officers and question them on their plans for the coming year.

A branch management committee should also be formed to deal with any ?day-to-day? issues that might arise.

Even if regular meetings are held, a constant flow of news and information should be readily available. This could be in the form of a posted newsletter, or in this modern age, via an email or the regular updating of a branch website, Facebook or Twitter page. The usefulness of a phone call should also not be forgotten.

If at all possible a central meeting place where branch members could gather and be sure to meet other members should be sort. This need not be too costly. Many organisations are eager to encourage use of their premises, especially if it brings them increase revenue. A friendly Pub would suffice. Again this fulfils one of the aims of the society. One possible venue where this could be done is the Royal Naval Association Club in Welwyn Garden City. I am currently on this clubs committee and am certain our new branch would be welcome to hold its meetings there. I am sure there are other venues that might offer similar facilities.

Membership Fees: Everywhere you look these days, costs are rising. If the branch is to retain its members and indeed gain new ones, the cost of membership needs to be affordable. For this reason I suggest that a purely nominal branch subscription fee (if any) should be set. It is also proposed that all members of the branch, including any future Presidents or Vice Presidents be fully paid-up members of the branch.

If needed, to aid in the raising of funds for our chosen charities, members could be given the chance to give an optional annual donation.

Publicity: No matter what it is, if an organisation, club, society or team does not attract new members, in the end it will cease to exist. The members of the  branch would be encouraged to do all it can to let potential new members know what the society does, what it believes in and above all that its exists. All events the branch holds would be properly ?branded? with the RSStG name and logo prominently displayed, with its badges and ties etc. worn by its members as often as possible.

The local media would as much as possible be made aware who we are and what we are doing. If the local media does not actively seek out what is going on locally, we would to make the effort to tell them, perhaps by inviting the local newspaper to send a reporter to events we hold. Baring this, photos could be taken and posted, complete with a short background story to as many newspapers as possible. Above all we must not keep the events we hold or attend a secret!

Keeping the Members interest: No matter how much the branch does to publicise itself and the events it holds, all will be in vain if its members cannot be bothered to support it. In the end it boils down to this: If the members really believe in the society and its aims it will succeed. If not, it will die. Situations where members get bored with what is going on should not be allowed to occur.

However if the ideas above are acted upon, I strongly believe the branch will not only survive, but grow. It just needs a little effort from its members.

To assist in the smooth running of the proposed new branch, a set of by-laws, which are based on those of another RSStG branch, have been complied. These would of course need to be ratified by the new branch?s membership.

If enough people agree in principle to these proposals and would like to join, the next step would be set-up a meeting where we can discuss any issues that may arise.

Should you wish to learn more, please email:

To prevent your email from being regarded as 'Junk', please mention 'Branch membership' in the message header

To aid in the promotion of the new branch three advertising posters (in pdf format) have been produced. Interested members are invited to download them.

A Mobile Version of this Website is Still Available

for details of future events

If you have any photos of St.George's Day or other RSStG hosted

events in your area, please consider posting them on the website.

Just log-in, go to the Photo Gallery page and upload!

Go to Top of Page