Members and guests will gather at 10.15am in King Charles Street (just off Whitehall) in London, prior to the Service of Remembrance and Wreath Laying at 11am.

Members of the Cadet Forces, accompanied by music from a Cadet band will once again be on parade.

At approximately 11.30am the official party will move to Westminster Abbey for a small wreath laying ceremony at the Tomb of the Unknown Warrior at 12 noon. 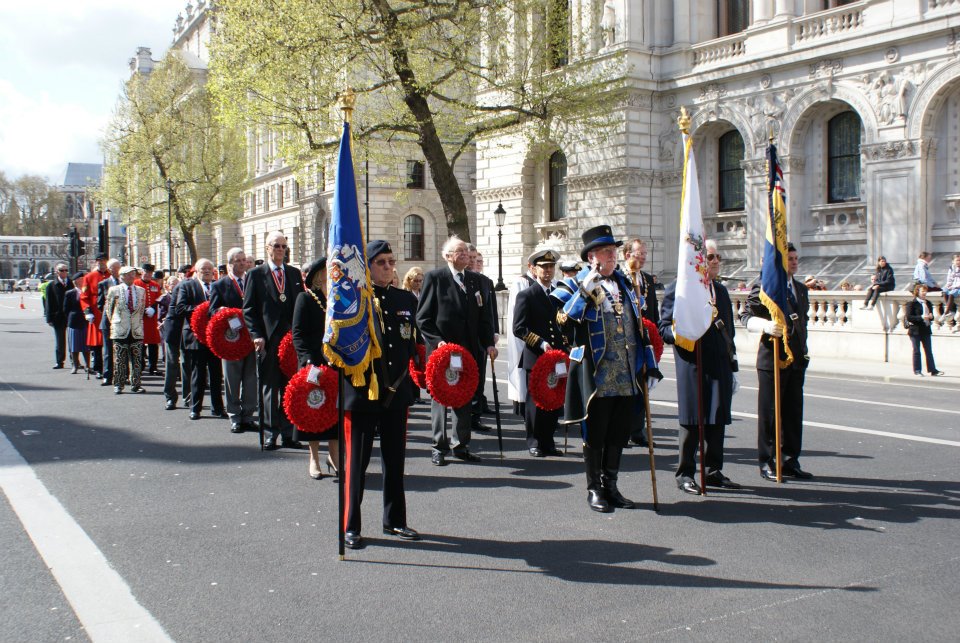 If you know of any St.George's Day events due to be held in your area,

St.George's Day in Your Town

1. To Make St.George?s Day in Your town a Memorable Occasion:

2. To raise funds for local charities.

METHOD: By having as many Retail shops, Pubs, Social Clubs and schools in the town hosting a St.George?s Day event or celebrating the day some other way.

Shops in the Town Centre Area: Shop window displays with English flags & roses etc. Staff could dress-up as English characters for the day. Street entertainers could perform in and around the town. The main street of the town should of course be decorated with lots of English flags & bunting.

Pubs & Clubs: Special offers on English beers, English themed lunches or snacks etc. Patriotic music and lots of bunting should be in abundance.

The Main Event of The Day Could Be A Parade and/or Festival:

A Parade through the town ending with a Festival or fair held in the town square or other central area. Alternative venues might be local Playing Fields.

The Festival or fair could include a Bouncy Castle, Punch & Judy booth and other fairground stalls. Local charities could be invited to run a stall raising funds for their organisations.

Morris Dancers, Folk Music acts could all form part of the festival. A staging of a Mummers Play by local school children might be a possibility. The Town Band and a local Orchestra could hold performances, as could other local musicians.

The climax of the event could be a staged fight between St.George and the Dragon.

A local Radio station could be invited to broadcast live from the event. This would help to publicise the event. (The BBC might even be persuaded to report it!)

Poetry readings from the works of William Shakespeare and other English poets at the local library could be held along, with a viewing of Henry V or another English historical film.

Also, 'Potted Sports' or similar events between local schools could be held.

Food Available During the Day Could Include:

FINANCING OF THE EVENT:

The cost to the Council need not be too high. All food and entertainment stands could be run for profit with a small fee going to the Event Organising Committee to cover expenses. Likewise any film shows or other such events could charge a fee to cover their costs.

Local businesses could be approached to sponsor the event and give donations to cover the cost of flags, bunting & posters etc. They might also be encouraged to join in the fun and have a display stand of some sort of their own. One might even be persuaded to help run the event.

Note: For this event to succeed an Event Organising Committee would need to be formed and preparations started well before April 23rd. Naturally the local Town Centre Manager - if there is one, will need to be fully involved.

Remember - To be truly part of something,

you need to actively participate in it. 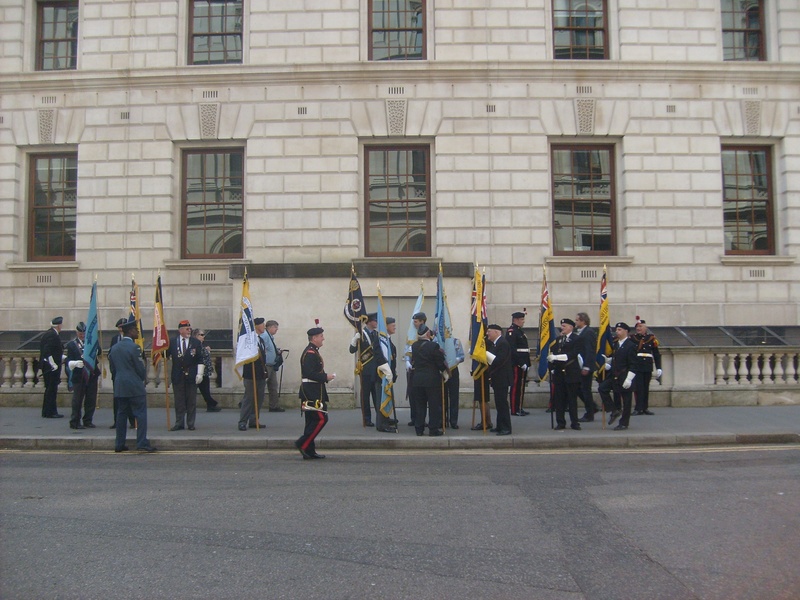 The Banners Party Before the Parade 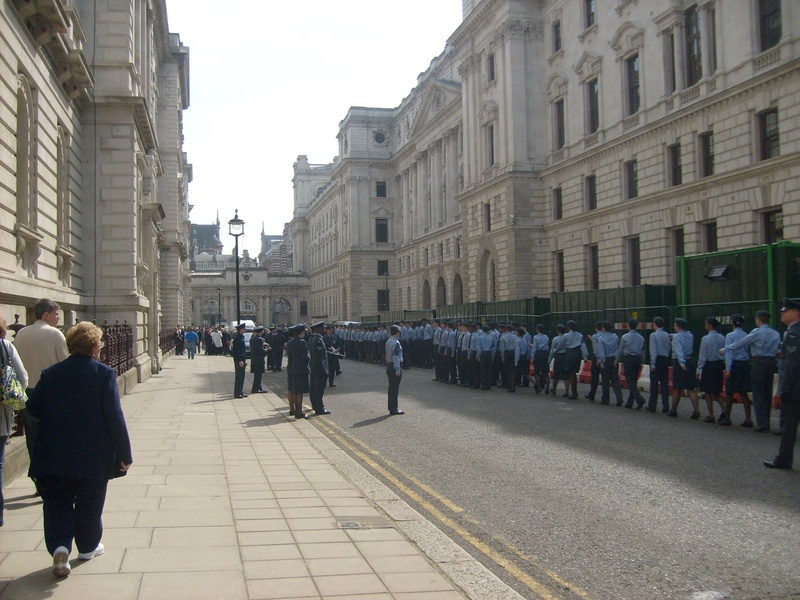 Cadets Form-up Before the Parade 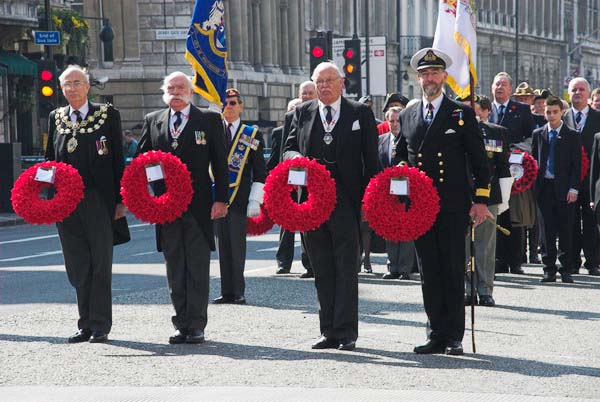